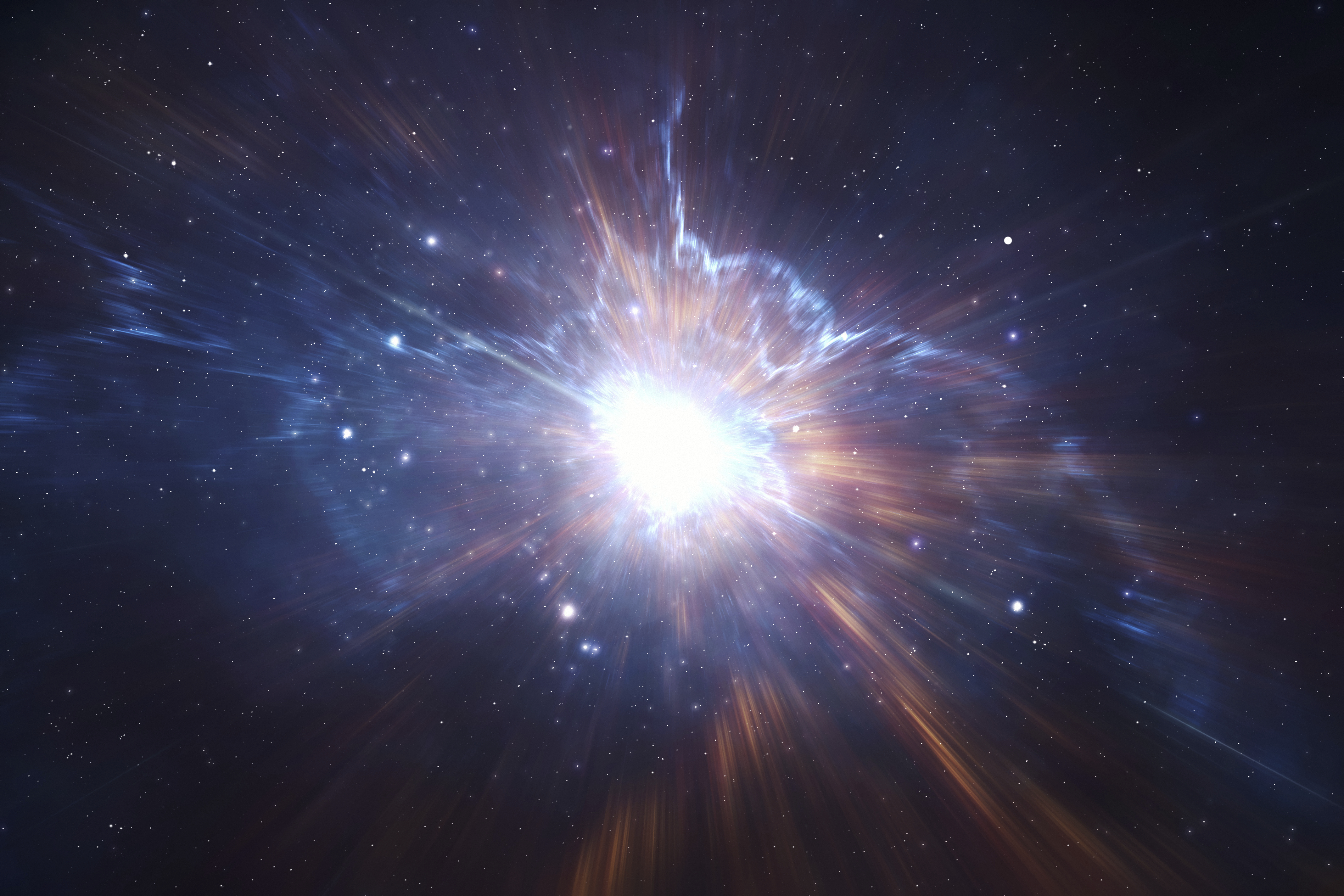 We look closer at the beginning of the universe – the Big Bang, where all the hydrogen in the water in your body was formed.

The element hydrogen is found in the water of your body. It is the simplest element in the universe and consists of a single proton. To find out how it was formed, we have to turn back time to the beginning of the universe.

The astronomers believe that the universe was created over 13 billion years ago in what is called the Big Bang, but what is that? The reason for the Big Bang theory is relatively simple. In short, the Big Bang theory explains that everything that ever existed in the universe came into being at exactly the same moment 13.8 billion years ago. At that time, all the material arose, but also the space between the material and the time. Thus, Big Bang created three things: All material, the space between the material and the time. For the same reason, one cannot speak of a time before the Big Bang, as that time did not exist.

The early Universe:
We do not know much about what happened at the Big Bang, because the theories we have that describe the laws of physics break down when we try to describe the very early universe as it looked under a second after the Big Bang and when we look at the very extreme circumstances immediately afterwards. We believe that the temperature of the universe dropped to 1 billion degrees a few minutes after it was formed. 3 minutes and 20 seconds after the Big Bang, the first atomic nucleus of the universe was formed. After a few minutes, all the substance in the universe was formed in the form of hydrogen and helium cores.

We cannot however observe the Big Bang, but what is the first thing we can observe? This is something we call the cosmic microwave background radiation. 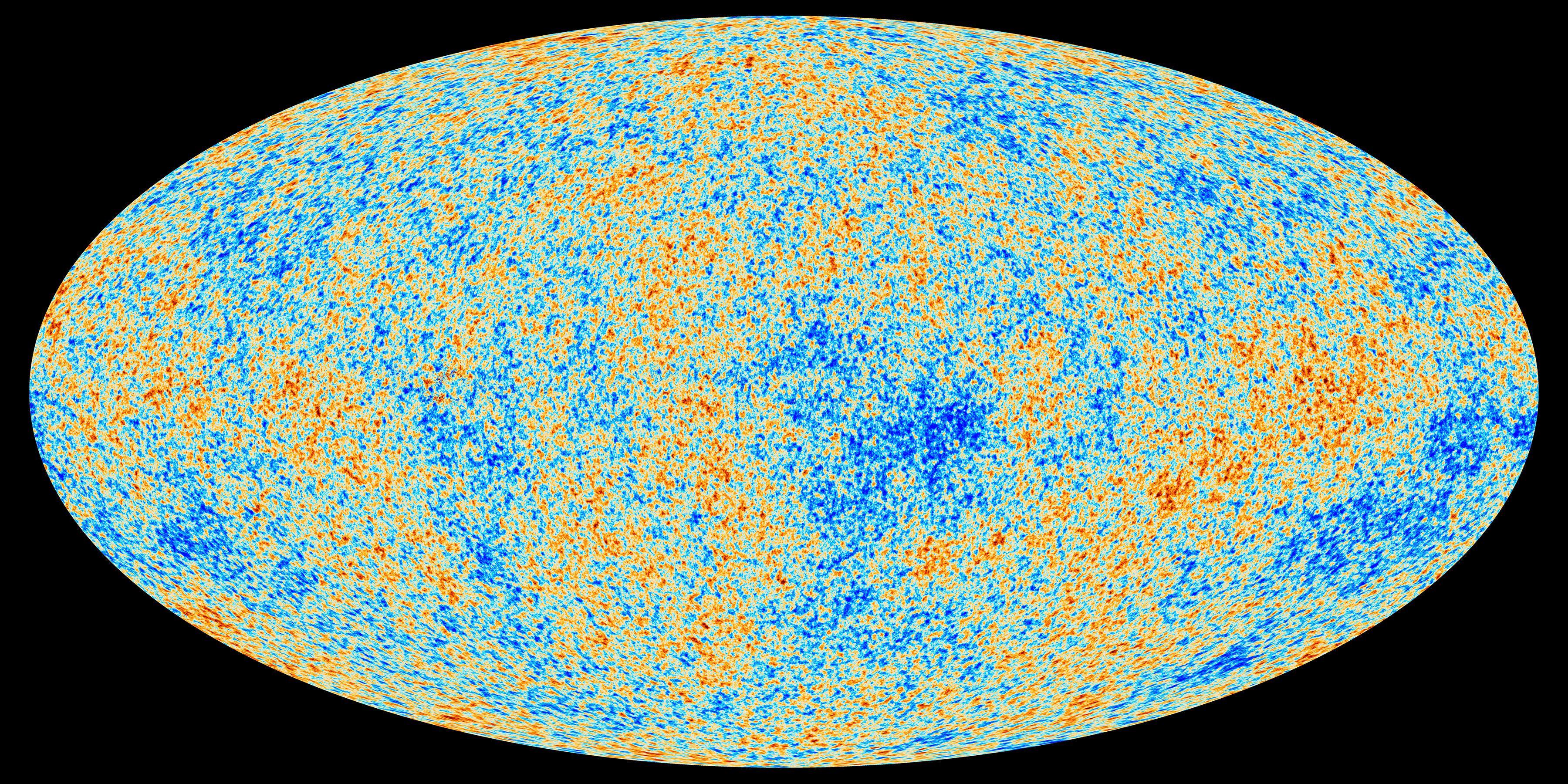 The cosmic microwave background radiation measured by the Planck mission. This picture is a map of the whole sky. The difference colours correspond to small temperature differences in the radiation.

If we go back a long way in time to 380.00 years after the Big Bang, the Universe had cooled down so much that electrons could move freely and began to gather around the nuclei, thus forming the first atoms. When that happened, the universe became transparent and light could travel freely for the first time without bumping into free electrons or nuclear nuclei. We can still see this first light, and we measure it as the cosmic microwave background radiation.

The cosmic microwave background radiation is radiation that fills the universe and can be measured in any direction as we look out. Microwaves are a kind of light that we cannot see with the naked eye, but we have developed instruments that are really good at this. By looking more closely at this radiation, the researchers have become more aware of the age and composition of the universe.

This particular background radiation is one of the strongest evidences of the Big Bang theory. Before being measured for the first time, researchers had made a calculation that there should be an afterglow from the Big Bang and that the afterglow would have a certain temperature with tiny temperature differences. When the radiation was discovered by accidently in the 60s, it was found that the prediction matched the observations very well, and subsequent observations have only strengthened the theory.